Xpediator category finalist for “IPO of the Year

Xpediator, (AIM: XPD) a leading provider of freight management services across the UK and Europe, is pleased to announce that it has been shortlisted as one of the finalists for the ’IPO of the Year’ at the annual Small Cap Awards, sponsored by the NEX Exchange (formerly ISDX).

Now in its sixth year, the Small Cap Awards were established to recognise the best companies and participants in the small cap community. The nomination panel have picked out Xpediator’s successful IPO and performance to date since listing on the AIM index of the London Stock Exchange, out of the 49 companies to do so in 2017.

Stephen Blyth, CEO of Xpediator, said, “We are pleased to be nominated for ‘IPO of the Year’ by the Small Cap Awards and to be recognised for the hard work and dedication that has gone into Xpediator’s strong performance since listing in August last year.”

News of this latest awards shortlisting from the Small Cap Awards follows on a busy 2017 for the Group, after being shortlisted finalists at the Global Freight Awards and awarded the BIFA award for “European Logistics”, the “Service Excellence” award from the Chartered Institute of Transport & Logistics and named as “Freight Carrier of the Year” at the FTA Logistics Awards.

Xpediator’s recognition by the Small Cap Awards follows similar success at the 2017/18 European Business Awards, where Delamode Romania and Delamode Baltics offices were announced as National Winners, for Romania and Lithuania respectively. These wins have placed them in contention for overall category winners at the European Business Awards presentation due to take place later this month. 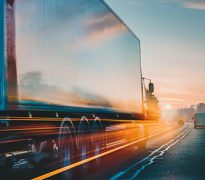 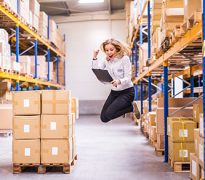 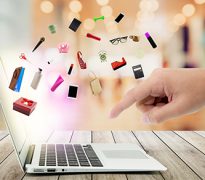 The COVID effect: Demand on eCommerce fulfilment in 2020 Read more
Leave a Reply